So we all fancy a little treat and snack from time to time and chips (or crisps) happen to be one of the all time favorite snacks of choice. One poor high school kid from Beaverton, Oregon committed one of the worst food faux pas ever – mistaking dead ants as pepper…

never go to pita pit ever OMFG literal dead ants all over my chips and I thought it was seasoning so I ate them pic.twitter.com/hOjfH5RPZE

To be honest, it can be easy to mistake those black little nasty ants as its more tasty variant – pepper. Sadly for Emily, she ate some of those Pita Pit chips before realizing her mistake.

As soon as the internet went bat-shit crazy and viral over this, Pita Pit attempted some damage control. They replied to Emily’s tweet: 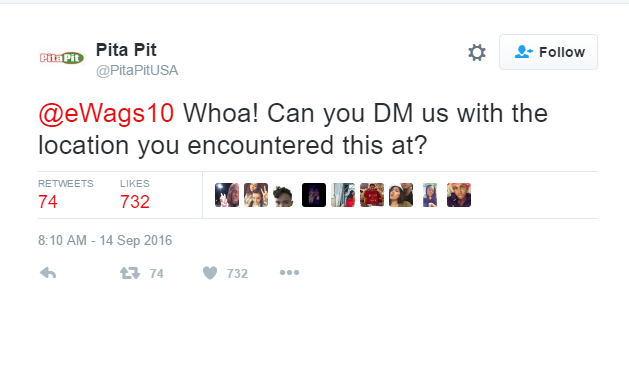 And offered Emily a $50 voucher (which was rejected by her). Pita Pit subsequently released a statement noting that:

“Pita Pit is investigating what led to this isolated incident. Through our communication with the customer it became clear that the initial response to her did not meet our expectations of customer service. We hold our food to the highest quality standards, including pre-packaged items like chips from third-party vendors we partner with, and the health and safety of our guests remains Pita Pit’s highest priority.”

Excuse me while I never eat chips for the next few months.