A photo is going viral online because of this very enigmatic and powerful photo showing an emotional west point graduate during the graduation event at the United States Military Academy in 2016.

The tears were real and, man, did it made for such a stunning picture: 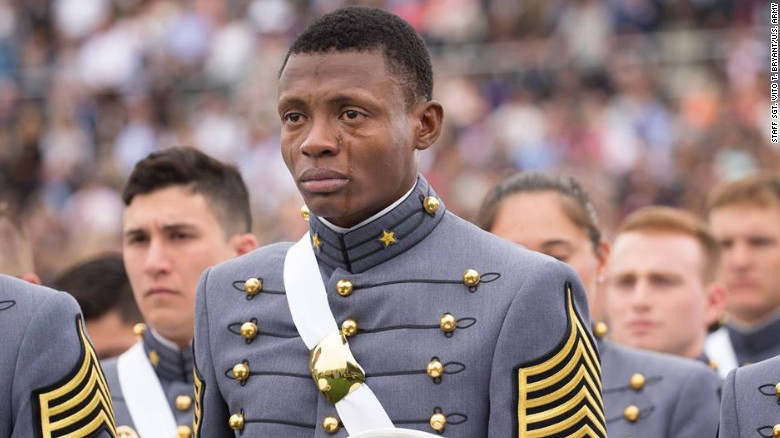 Turns out there’s a really cool (and inspirational) backstory to this picture. Turns out he is of Haitan descent and was simply overwhelmed by the opportunity offered to him. He took to West Point to earn his citizenship and was in a position of leadership among cadets and graduated in the top 25 of his class.

He further elaborated his emotional response:

“I am from Haiti and never did I imagine that such honor would be one day bestowed on me. The second is where I am. Men and women who have preserved the very essence of the human condition stood in that position and took the same oath. The third is my future. Shortly after leave, I will report to Ft. Rucker to start flight school. Knowing that one day I will be a pilot is humbling beyond words. I could not help but be flooded with emotions knowing that I will be leading these men and women who are willing to give their all to preserve what we value as the American way of life. To me, that is the greatest honor. Once again, thank you.” 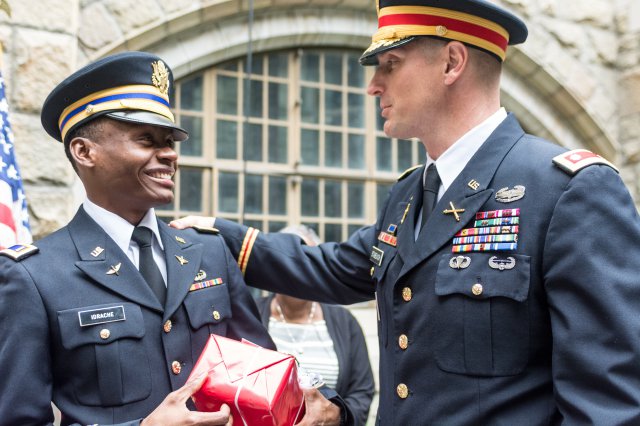 That, my friends is why America is one of the greatest nations on earth – able to embrace diversity and give the best and the brightest from all corners of the earth a shot at living the American dream!